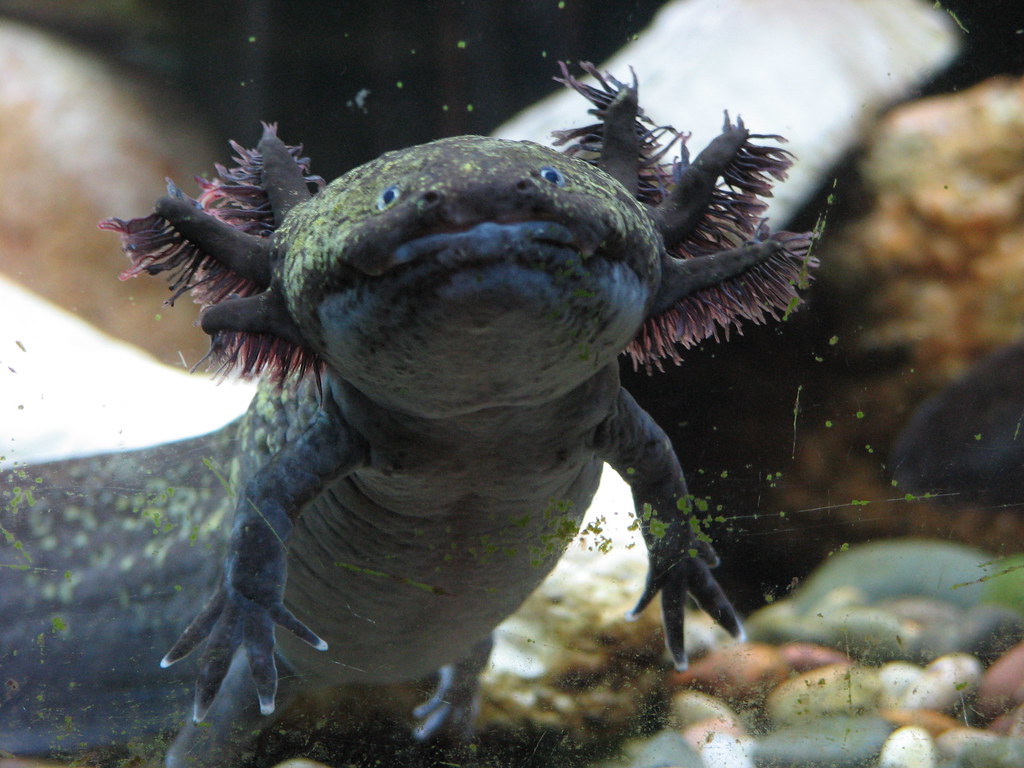 The Axolotl, scientific name being Ambystoma Mexicanum, is a neotenic salamander, and  in the wild, can only be found in a few lakes in central regions of Mexico.  The word neotenic means the reaching of sexual maturity while still in larval state.  The word axolotl is from the Aztec language and carries the meaning water dog, or even god of deformation and death.  The axolotl is named after the Aztec God Xolotl.

Since the times of the Aztecs, it has formed a part of the diet of the people. However, today, the Axolotl habitat is under threat, due to pollution and drainage, so much so that they are actually considered to be rare.

A similar species is the Tiger Salamander.

They are usually a dark grey-brown or black colour, and have large heads with wide mouths, small eyes and no eyelids.  Sometimes you can find a pure white albino axolotl.  They have low crests along their backs and tails which are excellent to help them steer when they are swimming.  Mostly though they prefer to walk around on substrate when captive-bred.

They can also grow back limbs that have been bitten off or lost in some way - and this is similar to other salamanders.  They can grow back fingers and toes and even whole limbs within a matter of weeks. For more information on axolotls just click here!

If you want to keep one as a pet, they are available to buy from reptile and amphibian dealers; you can also get them from tropical fish shops.