Above, is a picture of the Horror Frog, or to give it its scientific name, Trichobatrachus robustus which means hairy frog.  The frog belongs to a family that is called Arthroleptidae.    This pretty neat frog actually breaks its own bones when it is feeling threatened by someone or something,  and these broken bones produce claws that break through the frog’s toe pads.   There are no special points on the skin of the frog that allow the claws to push through as there is say for a cat, so it seems these horror frogs make a hole with their claws each time, which must hurt surely.  Some people liken this frog to the Superhero Wolverine, who uses remarkably similar ways to thrust claws through the body to the outside as a means of attack/protect.

Apparently there are some salamanders that also behave in this incredible way, as they force their ribs through their skin to produce protective barbs.  And it is thought that nine out of the eleven frogs that belong to a group known as Astylosternus also act in this way  Most of these are native to Cameroon.

There are some frogs that naturally have bony spines that protrude from their wrists, but this is something different as they are there already and are not made on demand as it were, as is the case with the horror frog.

When the Trichobatrachus robustus  is resting, the claws found on the hind feet only, are nestled inside a mound of connective tissue. A lump of collagen forms a bond between the claw's sharp point and a piece of bone at the tip of the frog's toe.

The other end the claw is connected to a muscle. It is told by experts that when the frog is under attack from a predator, it suddenly tightens this muscle, which pulls the claw downwards. The sharp point then breaks away from the bony tip and cuts through the toe pad, emerging on the underside.  The end result may look like a cat's claw, but the breaking and cutting mechanism is very different and unique among vertebrates. Also unique is the fact that the claw is just bone and does not have an outer coating of keratin like other claws do.

Unfortunately, experts are not sure yet what happens when the claw retracts - or even how it retracts. It does not appear to have a muscle to pull it back inside so the general thought is that it may passively slide back into the toe pad when its muscle relaxes.  This is not known for sure, as most of the investigation done on these horror frogs have been carried out on dead frogs.  And as amphibians it would not be surprising if some parts of the wound heal and the tissue is regenerated.

Males of the species, which grows to about 11 cm, also produce long hair-like strands of skin and arteries when they breed  as shown in the photograph.  It is thought that the "hairs" allow them to take in more oxygen through their skin while they take care of their brood.

In Cameroon, they are roasted and eaten. Hunters use long spears and machetes to kill the frogs, apparently to avoid being hurt by their claws.

Below is a picture of cat claws, which are able to easily protrude from a position within the paw, unlike the horror frog, which has to force its claws through the skin when it is under attack. 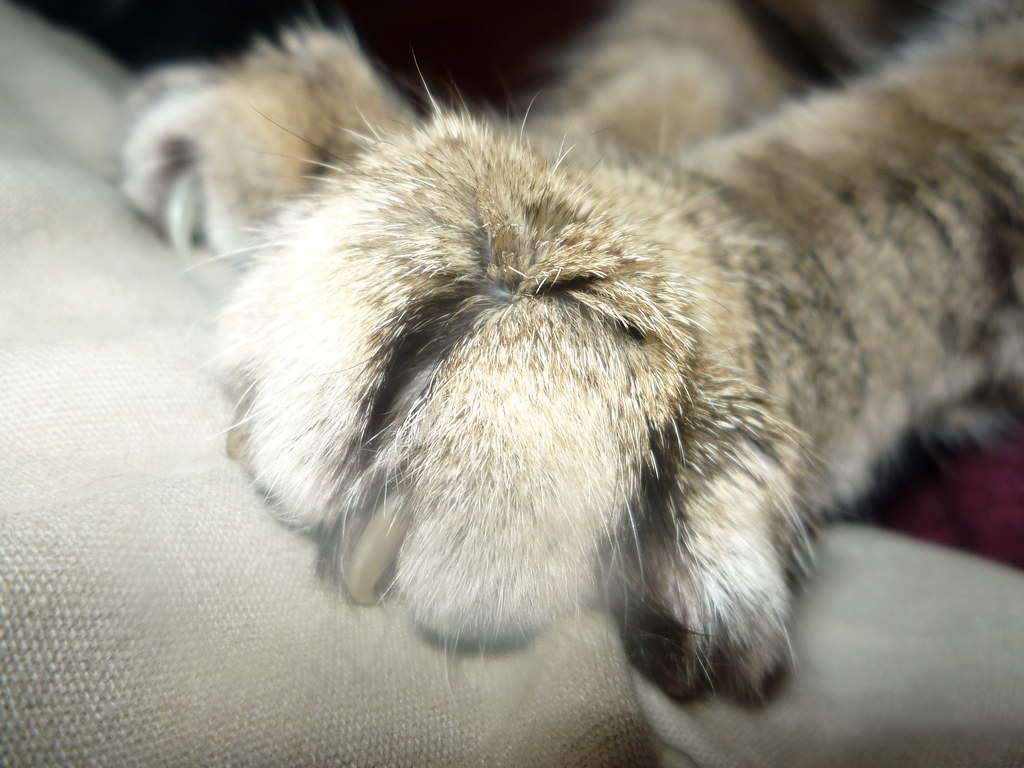