The Corroboree frog originates from Australia.  They live in the beautiful Alpine high-altitude areas and contribute greatly to the eco-system there.  They live in pools, grasslands and wet heath and dwell in the Montane forest, the woodlands and heaths near their breeding areas. There is the southern corroborree, pseudophryne corroboree, and the northern corroboree, pseudophryne pengilleyi.  These frogs are both endangered species, the southern being critically endangered due to loss of habitat and other reasons such as destruction of their areas for recreational use, like skiing and ski resorts, and climate change. In fact, these poor frogs were being held in special containers, for the purpose of trying to save them in the Kosciuszko National Park, and tragically were killed by the bush fires that have been tearing through Australia recently. The frogs were nearly all killed by the bush fires, leaving approximately one-third of them alive.  The programme was hoping to protect the frogs from the chytrid fungus, and help to boost their numbers in the wild, and were being kept in four big enclosures for this purpose.  Sadly and tragically, the fires reached them, and the poor frogs perished.  Only one enclosure remains and the frogs are said to be doing okay.

The northern frog lives in the Namadgi National Park which has not been so impacted by habitat loss.  The frogs are declining in numbers due to the fact that the heat is rising, drying up bogs where the frogs lay eggs and where the tadpoles live, but the bogs are drying up before the tadpoles have had a  chance to metamorphose into frogs and so perish.  Of course, the chytrid fungus is also a huge player in the reason why these lovely frogs are dying out. On a happier note, the northern corroboree is now not considered critically endangered, but instead just endangered, which means efforts at trying to protect them are paying off.  which is great news. 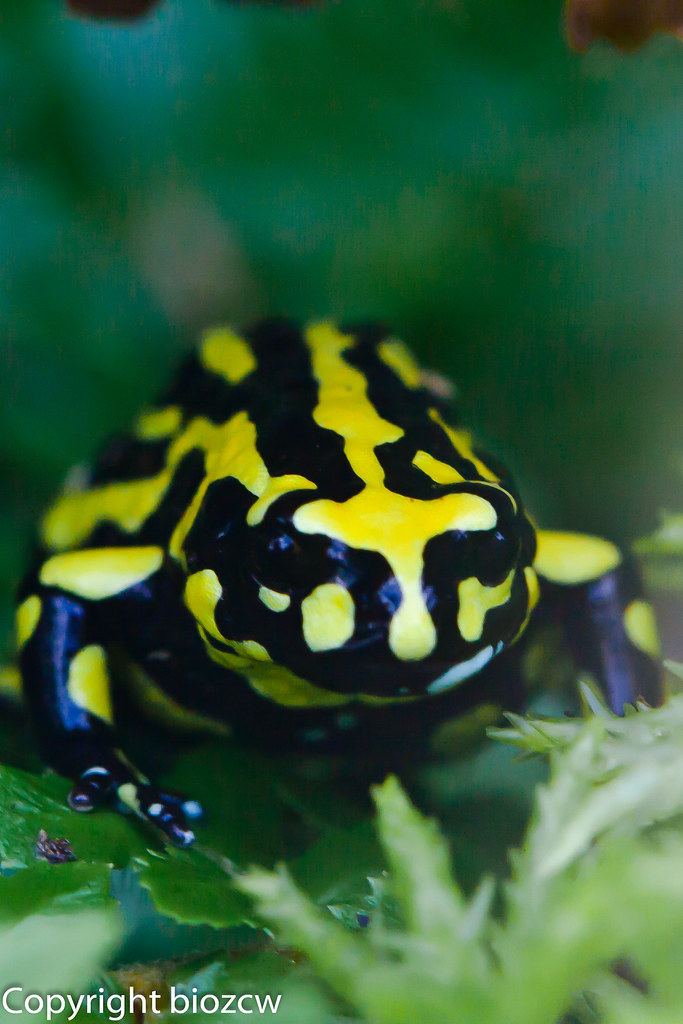 "Corroboree Frog" by biozcw is licensed under CC BY-NC-SA 2.0

The corroboree is said to be the first vertebrates found that can produce their own poisonous alkaloids.  This is instead of their diet containing the poison, which the frog then ingests and can use this poison to deter predators.  The alkaloid the corroboree produces is secreted through the skin as its defence again predators, and also it can actually help reduce the frequency of skin infections by microbes. The alkaloid can be really nasty and dangerous if ingested by mammals, and potentially lethal.

There is work going on by The Amphibian Research Centre to rescue the eggs laid by the frogs and take them to safety and raised until they are well developed tadpoles when they are then taken back, as close as is possible, to where they were removed from, to hopefully metamorphose into the frog and live a good and happy life. When the eggs are developing, they get to a certain stage and then do not develop any further until the following autumn and winter when the rains arrive and force them to hatch.