It is a frog fact (!) that we all need to learn the importance of frogs on our planet.  To bring together a page on this website that will answer some of the many questions we find ourselves asking about frog facts, I have made a list below which I hope will be helpful in understanding a little bit more about frogs.  The biggest and most important frog fact of all is that they are awesome, spectacular, phenomenal and sometimes rare examples of the diversity of life on the planet.  You can study them and grow to love them and help protect them in their natural environment. 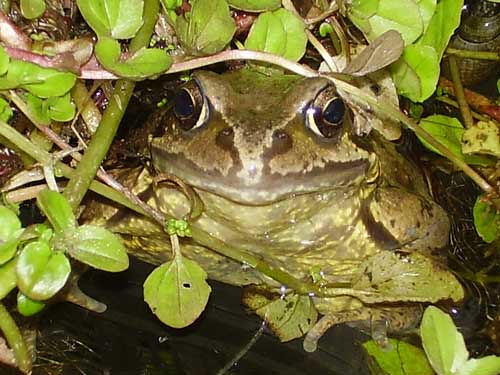 And another frog fact...

A further frog fact for you as regards to their importance to the eco system, is that frogs during all the cycles of their lives, contribute to the food chain.  This is in terms of them being prey, and also what they prey on.  So at the tadpole stage, the frogs will feed on decomposing leaf litter or algae which helps to keep water sources clear and healthy for the species that inhabit it.

Frogs feed on insects, bugs and spiders, and this helps to keep the population of those in balance with the rest of the eco system.  As always with the environment, it is carefully balanced and should we lose frogs, or too many of them, then bugs and insect populations will soar causing increased damage to crops and devastating supplies of food from these crops.

When you think about it, frogs eating things like mosquitoes helps keep down the numbers of these creatures which if not kept under control, could far easier spread disease such as malaria, or zika viruses all of which could be catastrophic to human life as well.

Frogs are incredibly important in the Medical field, and over and over again it is found that secretions from frogs can help cure or aid recovery in all sorts of human ailments such as helping those who have had heart attacks and strokes, Alzheimer's and cancer.  Scientists believe that the red eyed tree frog can help with the research into the treatment of HIV.

So just with these facts alone, hopefully we can see that frogs are essential to the health and wellbeing of our planet earth.  They are very resilient creatures having been around for millions of years, but it is very worrying that in the past 30 years or so they have been becoming extinct, or almost extinct at an alarming rate that is very worrying for us all.  Work needs to be done to protect them and we can all do our bit.  See creating a wildlife pond to see if you can help.  Let's look after the frogs and toads and do our bit to keep the planet thriving and interesting and a joy to live on.