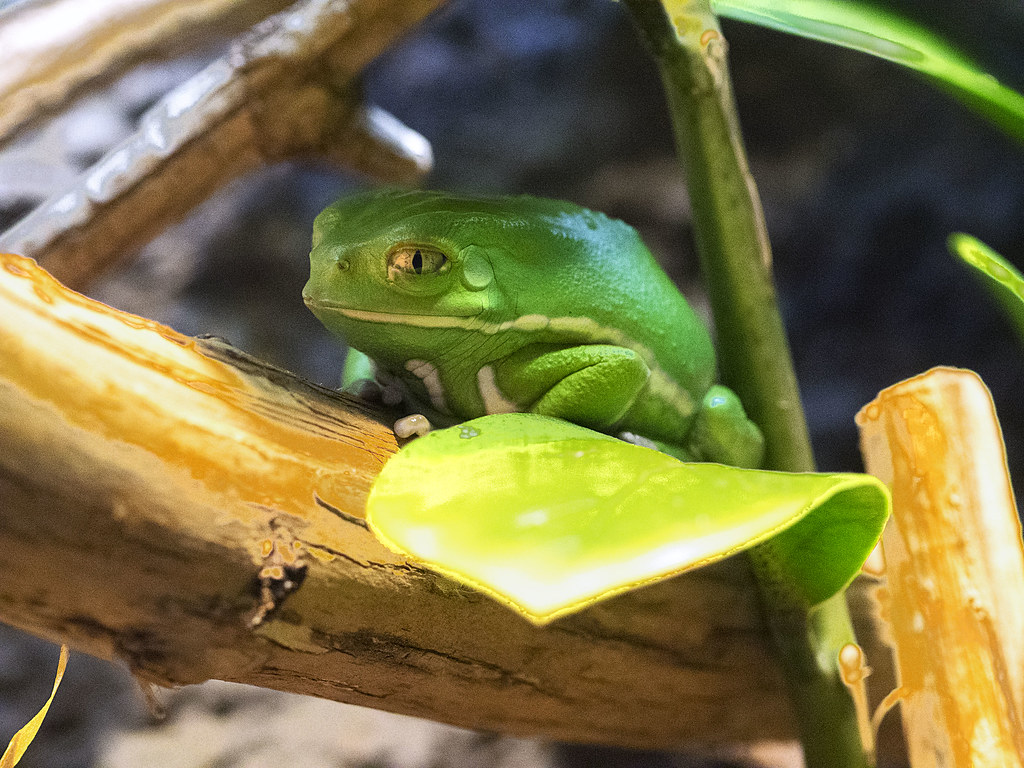 I was interested to find out more about how scientists utilize frogs for healing and came across kambo.

It is apparently used by Shamans in South America in traditional healing ceremonies and has been said to treat and cure ailments including Parkinson's disease, cancer, depression and anxiety, infertility and many others.

It has been used by a lot of people for many years, but as yet, there is no documented proof that kambo actually works.  Having said that, people have declared that it has worked for them helping them heal.

Kambo uses the poisonous secretions from the giant monkey frog, obtained at night by hunters. (They have to do it at night because the frog is nocturnal).

They collect this secretion by holding the frog and scraping the secretions from the monkey's legs.  This is collected on sticks which are then left to dry for a while.  The monkey is then released unharmed back into the forest.

The ritual involves a Shaman burning some little holes into the skin of the patient using the end of a burning stick.  The holes are fairly superficial.  The kambo is then placed on these burns and the effects of the kambo are soon felt.

what does kambo do?

As the kambo is placed on the exposed burned areas of skin, and as it is absorbed, the effects of it can come on very quickly. It can cause:

and other unpleasant sensations such as muscles contracting.  These symptoms can last for a few minutes, and as they begin to decrease the Shaman, who has administered the dose of kambo carefully, will encourage the patient to rehydrate by drinking some water which will also help to flush out any toxins from the body.

Many people have said they have had great results from this procedure, but it could be that it is just a placebo effect; but kambo is a poison and has been known to cause the death of one man previously.

A lot of times people do this procedure to help cleanse the body of toxins, but the body actually already does have a pretty good system of expelling toxins.

As for the future use of kambo, not much medical research has been done relating to it, but perhaps as time goes by research will be done because if it has helped people in clearing disease from their bodies, in this traditional healing method, then science could learn from that and take it seriously and perhaps come up with safer methods of using it to help with future cures for many diseases and ailments.

Kambo has also been said by users to be helpful  in clearing emotional, spiritual and mental blockages according to healers.